When Hamisa Mobetto featured in Diamond  and Rayvanny’s  jam Salome, I believe most of us would not have known much about her.

I mean Hamisa clearly has clinched her place in the entertainment industry in East Africa. Hamisa now does music!

Her music seems to be picking up despite the little backlash she received when she started off in music.

The song revolves around two lovers.A man that is working on impressing his woman by all luxuries that life can offer.

In the first Stanza he just professes the kind of love he feels for his woman.He tell her he is willing to spend on her and her friends on whatever they want. Ladies, do you see what I see?mmmh!!

Bella further goes on to flaunt his riches to his woman. Praising her cooking and he even asks her what she wants during a party.

When you thought you had seen it all Christian Bella goes on to ask her what kind of vehicle she will use when going for the shopping.

After the long stanzas comes in the Chorus telling us who the boss is.It is very repetitive that you’d think that was the guiding factor for the song’s beats. 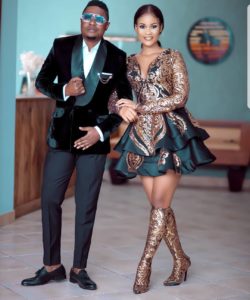 Hamissa comes in towards the end of the song, expressing her confidence in her man.We hope she get’s one soon!Too soon?

She says she will not leave him for anything because that kind of love is not, local.Ouch!

Then comes some Congolese shenanigans that I too didn’t understand but I believe was good for the song.

The song was produced by BMM music group and directed by Sasha Vybz. The song was Shot in Dubai.

The simplistic use of Swahili in the song gives it a unique vibe.The beat of the song too gives the urge to dance to it.

For rating we give 6/10.Watch and tell us what you think.

I am an  Opinion writer, I review East African Music and shows and an all round journalist too.