With his sights on Mount Kenya to back his preferred presidential candidate in 2022, Uhuru Kenyatta is desperate to stem discontent that has been loosening his political grip of the region.

Uhuru who has postponed his tour in the region with ODM leader Raila Odinga is now said to be trying to consolidate his power in Kikuyuland, laying ground for the visit with Raila.
Uhuru attacks on Kikuyu MPs during Akorino prayer meeting at Kasarani is part of the plot to lay ground for the handshake tour.
Only recently, Raila with Uhuru’s blessing officiated at the the groundbreaking ceremony at Tatu city where he was received by the local county security team. Also in attendance was Governor Ferdinand Waititu of Kiambu county.
Since the repeat presidential election on October 17 2017, there has been growing murmurs in Mount Kenya that the president is disinterested in the region. As part of the strategy, a recent elders’ meeting that was fully funded to a tune of Sh10 million that backed the handshake deal and the Team Embrace Kenya is part of the planned visit. 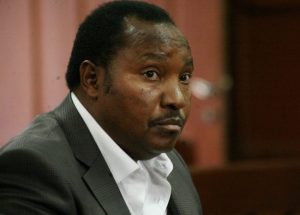 This feeling was made worse by the March 9 2018 handshake between the president and Raila with Kikuyus saying that Uhuru is taking them for small children because only a few months back during campaigns, he had been moving in Central pleading with them to come out in large numbers and rescue him from “this man who is threatening to finish him and Kikuyus”.
Once they rescued him, Kikuyus now say, Uhuru no longer needs them as he is serving his last term and will not need their votes again anyway. Now, the rebellion against Uhuru in Central that started with the poor who felt that Uhuru was not using the presidency to better their lives has extended to the wealthy Kikuyus who had assumed that Uhuru would open new opportunities for their businesses only to discover too late that Uhuru has no time for them too. 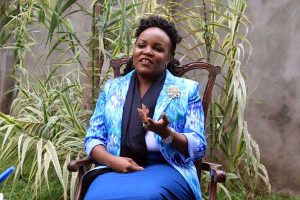 The elite of Central were loudly lamenting that Uhuru is using his position to only expand his Kenyatta family businesses and that as rich as they are, they are still tumundu as far as Uhuru son of president is concerned.
This explains why the ground has shifted massively in Central with the electorate not dependable to even support the side of the referendum Uhuru will be on. Indeed, there are those who say that Raila might end up the casualty of the handshake in Central if he is counting on Uhuru to herd voters to cast votes for him.
This feeling was further reinforced by allies of William Ruto unhappy with Uhuru’s dalliance with Raila, who went ahead to accuse Uhuru of abandoning Mount Kenya region after getting their votes.
For some time, those who lost in the election either as independent or during the Jubilee Party primaries accused the president of keeping silent when things turned haywire.
Since then, the region, which has been voting as a bloc, appeared to be confused, with leaders reading from different scripts on the 2022 political road map. 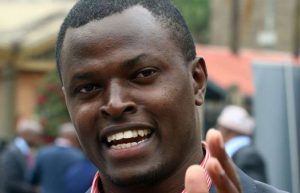 Some of the MPs decided to decamp to Ruto’s camp because the president was not holding any meetings with them, leaving them with no alternative but to take their problems to the DP.
“He doesn’t pick calls and does not give us any audience, while Ruto regularly invites us to his Karen home and supports us with money for fundraising meetings and development projects,” an MP was quoted in a local daily lamenting.
He said Ruto often meets all leaders, from MCAs to governors, and that he even reimburses fare and expenses incurred.
Uhuru has now shifted his focus to pacifying his backyard following rising disquiet among supporters who feel abandoned.
According to sources, the president was made aware of the discontentment by the National Intelligence Service which advised him that unless he takes action his preferred presidential candidate in 2022 will get a rude shock in Mount Kenya.
Further, the NIS told the president his deputy is literally controlling the region politically and was likely to be the region’s preferred presidential candidate in 2022, with the head of state’s backing or not.
It was on NIS advice that Uhuru postponed his Mt Kenya tour planned with Raila to popularise the so-called Building Bridges Initiative fearing they would have been heckled by the electorate over unmet promises.
Uhuru is said to have ordered Interior principal secretary Karanja Kibicho to lead a team of government officials, a few businessmen and politicians from the region to devise a strategy to turn the tide in his favour.
The Kibicho team which includes Starehe MP Charles Njagua reportedly advised the president on a multipronged strategy, including addressing trade concerns and other issues.
The president even put on hold a separate tour planned for Kieni constituency in Nyeri county where he was to be hosted by area MP Kanini Kega’s to preside over the launch of Huduma Mashinani and disbursements from Uwezo Fund to youth and women’s groups.
Insiders add that the NIS briefed Uhuru that many in Mount Kenya were blaming his regime for stifling hitherto flourishing business enterprises run by members of his Kikuyu community. 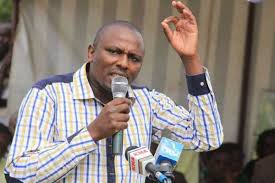 For instance, stated the brief, the coffee and tea economic sectors are dead for nonpayment which is forcing some farmers to threaten to uproot the crops.
Further, the tough anti-counterfeit policies targeting imports hits hard smallscale traders from the Kikuyu community especially in the secondhand clothes and spare parts industry.
It is this growing disaffection that forced Uhuru to issue three crucial policy directives aimed at arresting the situation.
During an impromptu tour of the Embakasi Inland Container depot on May 27, the president ordered the release of billions of shillings of goods that had been confiscated.
The goods seized included electrical appliances, sportswear and motor vehicle spare parts, among others said to have come from East Asia.
The president’s visit to the depot was a response to the cries from businessmen over the long wait for clearance despite the SGR’s freight services that have revived the depot.
Early this year, the president in a special gazette appointed former Mukurweini MP Kabando wa Kabando and former deputy senate speaker Kembi Gitura, together with a host of other politicians from Mount Kenya region to state jobs. 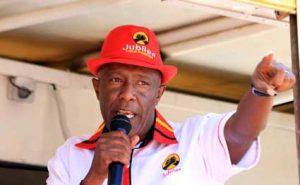 The head of state also appointed former MPs Jamleck Kamau (Tana River Development Authority), Dennis Waweru (Kenya Investment Authority) and Jebii Kilimo (Street Families Rehabilitation Trust Fund).
But in the changes, trouble seems to loomed for rebel MPs especially those in Uhuru’s Mt Kenya backyard, who have aligned themselves with the DP in the so-called ‘Tanga Tanga’ formation, after some of their former political opponents were lined up for plum government jobs.
Also in most cases, the positions being filled were once occupied by individuals perceived to be allied to Ruto, piling more political pressure on the DP and his allies in government.
Those who retained their positions in parastatals included Joyce Ngugi, the widow of former Gatundu South MP Joseph Ngugi and who pulled out of the race for Moses Kuria to gain entry in Parliament, as National Council for Children Services chairmanship for another three years while former Othaya MP Mary Wambui was reappointed to the board of Child Welfare Society.
Others who were appointed include Hiram Mwangi (Bukura Agricultural College) and Mediamax editor Anderson Waweru (Tana and Athi Rivers Development Authority).
Top ODM officials will also be present. Among them will be Timothy Bosire (treasurer) and Edwin Sifuna (general secretary). 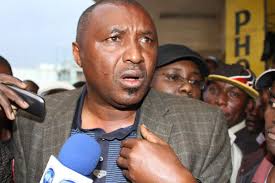 Tanga Tanga MPs who have come in the open to challenge Uhuru after recent attacks on them are Alice Wahome (Kandara), Wangui Ngirici (Kirinyaga women rep), Anthony Kiai (Mukurweini), Kimani Ngunjiri (Bahati), Jayne Kihara (Naivasha), Jude Njomo (Kiambu) and Muranga senator Irungu Kangáta.
Kikuyu MP Kimani Ichungwa, Rigathi Gachagua (Mathira), Ndindi Nyoro (Kiharu), Jeremiah Kioni (Ndaragwa), are all seen to be in Ruto’s camp.
The question is, will Uhuru succeed in shepherding Mount Kenya region to back his preferred presidential candidate in 2022 or has he lost their support?
That is the question in the minds of many as Uhuru moves to assert himself as the Mount Kenya regional kingpin after intelligence reports indicated the vote-rich region was gravitating towards William Ruto.
Nothing the president shuns more is the tag of becoming a lame duck president three-and-half years to the end of his second and final term as head of state.