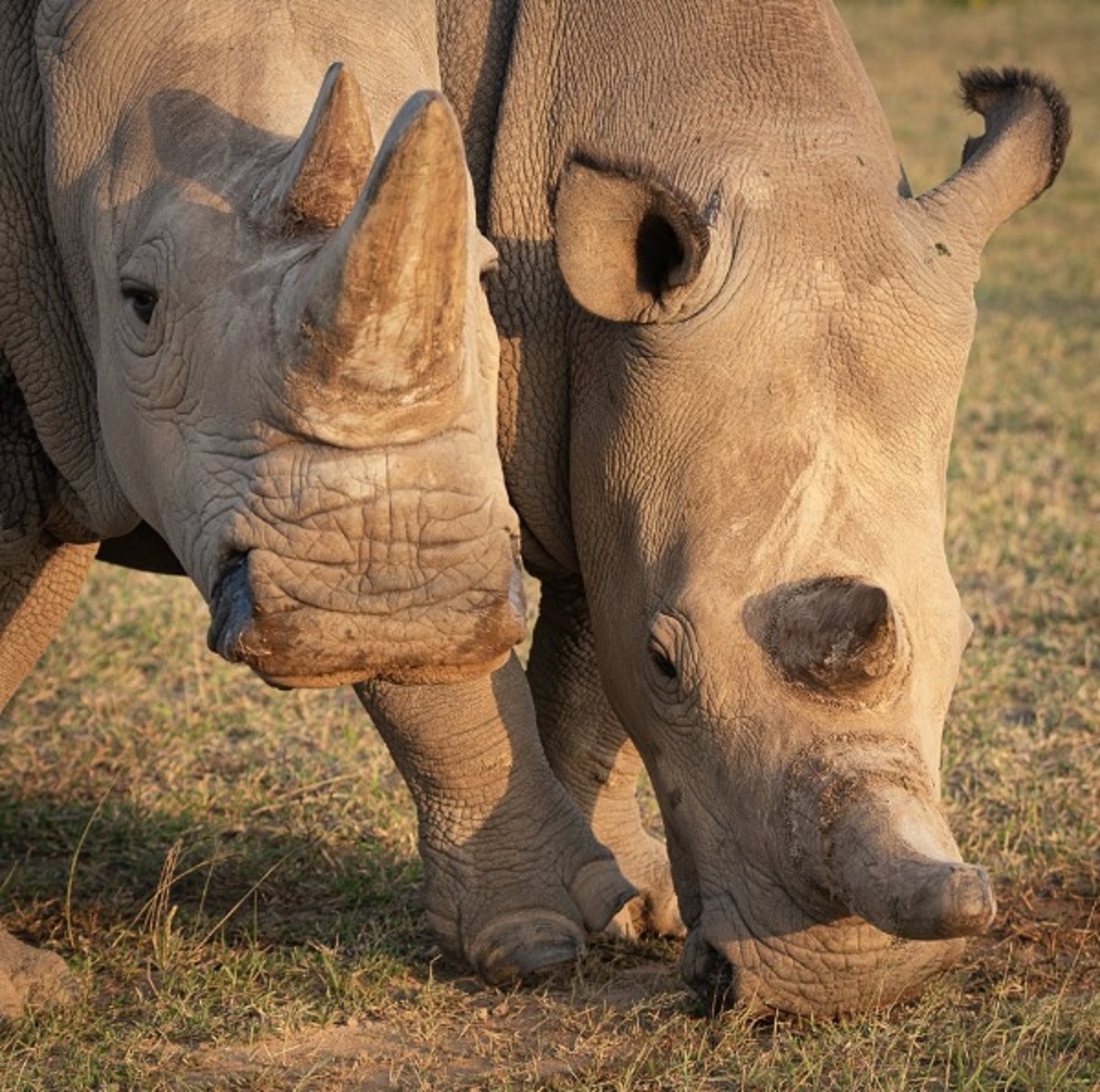 When Sudan, the last male northern white rhino in the world, breathed his last at the Ol Pejeta Conservancy in Kenya, his death may have signalled doom for the species. But now, there is reprieve after an Italian laboratory has developed two embryos for the endangered species.

Using frozen male sperms from the deceased male northern white rhinos which were in Kenya, as well as eggs from the last two remaining females, a lab in Italy has made a scientific breakthrough that could save the species from extinction.

The Kenya Wildlife Services (KWS), on its official Twitter account, announced the production of the Northern White Rhino embryos, relaying the news directly from a press conference in Italy.

“First ever in-vitro embryos may mark the turn of the tide in the fate of the nearly extinct northern white rhino,” KWS tweeted. KWS added that the embryos are now stored in liquid nitrogen and will be transferred into a surrogate mother.

Kenya’s Ministry of Tourism Najib Balala said the breakthrough had come on the back of a decade of race against time. “The Kenyan government is greatly encouraged by breaking of new ground in the assisted reproduction technique and remains committed to facilitating the pioneering process all the way,” he said.

The in-vitro creation of the two Northern White Rhino embryos was achieved at Avantea Laboratories in Cremona, Italy.

In August, Prof. Cesare Galli and his team matured and fertilised eggs collected from Najin and Fatu, the two females living at Ol Pejeta Conservancy in Kenya, with sperm from males Suni and Saut.

“We brought ten oocytes back from Kenya, five from each female. After incubation seven matured and were suitable for fertilisation (four from Fatu and three from Najin)”, said Galli.

Prof Gallis also said that Saut’s semen was of really poor quality and his team had to thaw additional samples to find viable sperms for ICSI. “After ten days of incubation, two of Fatu’s eggs developed into viable embryos that were cryopreserved for future transfer.”

Najin’s eggs, according to the scientist, did not make it to a viable embryo “despite the fact that one egg initiated segmentation.”

In March of this year, Ol Pejeta Conservancy watched as the condition of Suda, the last male northern white rhino worsened. Eventually they were forced to euthanise 45-year old Sudan, leaving only two female rhinos of the subspecies remaining in the world.

Efforts to have Sudan mate with the females proved futile, but conservatists created a profile for the male rhino on the dating site Tinder as a way of increasing awareness and to help fund the development of in vitro fertilisation (IVF).

On the day of his death, Ol Pejeta Conservancy said, “His genetic material was collected yesterday and provides a hope for future attempts at reproduction of northern white rhinos through advanced cellular technologies.”

“The only hope for the preservation of this subspecies now lies in developing in vitro fertilisation (IVF) techniques using eggs from the two remaining females, stored northern white rhino semen from males and surrogate southern white rhino females.”

The conservancys words had been echoed by Jan Stejskal, director of international projects at Dvur Kralove Zoo in the Czech Republic.

“It may sound unbelievable, but thanks to the newly developed techniques even Sudan could still have an offspring.”

According to information from the Ol Pejeta Conservancy, the subspecies used to range over parts of Uganda, Chad, Sudan, the Central African Republic, and the Democratic Republic of the Congo. Years of widespread poaching and civil war in their home range have however devastated northern white rhino populations, and they are now considered to be extinct in the wild.  Because only female rhinos are known to exist, they are considered functionally extinct.

Najin and Fatu, the two remaining female rhinos, belong to the Dvůr Králové Zoo in the Czech Republic but live in the Ol Pejeta Conservancy in Kenya. They are protected round-the-clock by armed guards.

Mike Njoroge is the founder of Daystar Oracle and FootballTriangle. He is passionate about news, religion and sports. He can be reached at: [email protected]