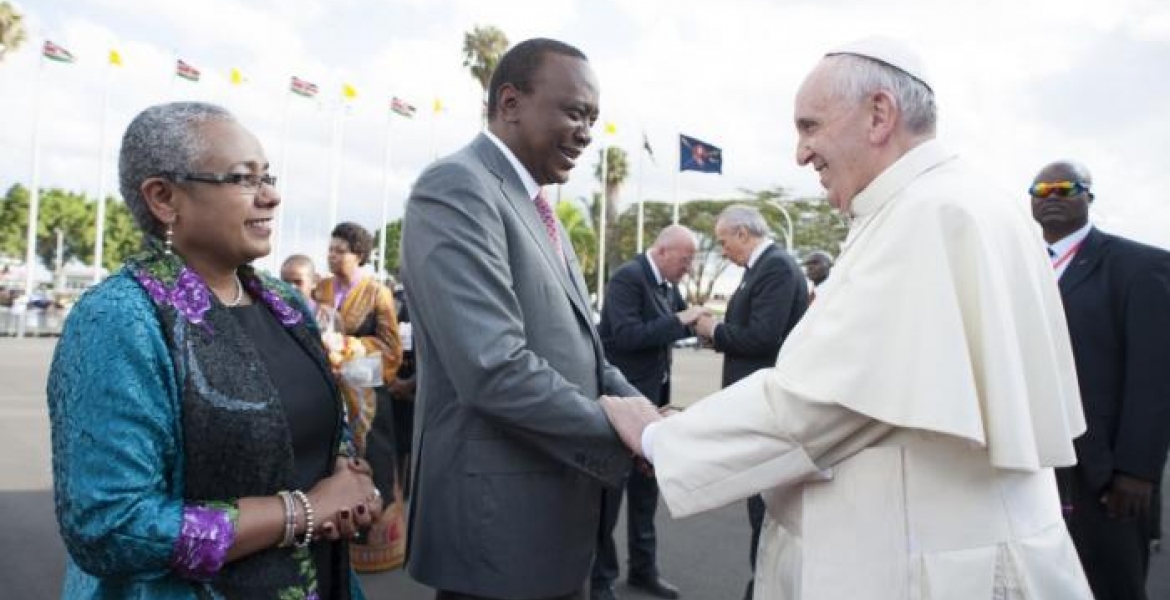 Pope Francis on Tuesday sent a message of blessings and best wishes to Kenyans and President Kenyatta.

The Pontiff sent the message when he passed through the Kenyan airspace while flying back to Rome following a tour to Mozambique, Madagascar, and Mauritius.

Pope Francis, who is the leader of the worldwide Catholic Church, invoked blessings of peace and well-being on Kenya in a message conveyed by radio and recorded by Kenya’s Air Traffic Control (ATC).

“President Uhuru Kenyatta, I offer my cordial best wishes to you and the People of Kenya as I return to Rome after my Apostolic visit in Mozambique, Madagascar, and Mauritius,” he said.

Pope Francis added, “Upon all of you, I invoke blessings of peace and well-being.”

The Pope arrived in Maputo, Mozambique on September 4th and later traveled to Madagascar before completing his five-day sojourn in Mauritius.

Pope Francis visited Kenya in November 2015 in his first trip of Africa making him the second Pontiff to visit the country after Pope John Paul II who visited Kenya three times.

Previous Story
BUWEMBO: Will the third phase EAC be lucky enough to avoid its political death?
→