Kenya: Amina Mohamed Fires Up Kipchoge Ahead of Historic Run 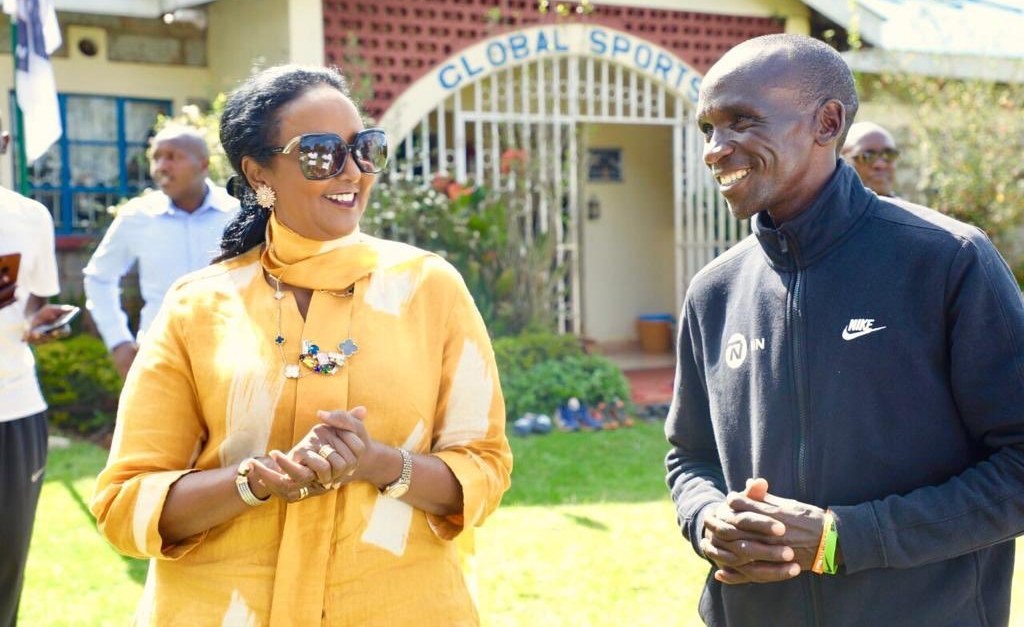 This comes barely a week after the Kipchoge received blessings from Athletics Kenya President Jackson Tuwei ahead of his sub two-hour run in Vienna, Austria next month.

Kipchoge, who has been training under the Global Sorts Communication stable at Kaptagat in Elgeyo Marakwet, is on a mission next month where he will be attempting to break the 1:59 mark in a project dubbed “INEOS 1:59 Challenge”.

Amina arrived at the camp with few officials from her office and was ushered in by Kipchoge’s head coach Patrick Sang and his assistant Richard Metto.

She was taken round the small camp where tens of athletes reside and visited the library where there is a portrait of Sandy Bodecker with his writings “I’m a dreamer… and I work with dreamers in an environment that encourages innovation and challenges norms daily,.”

“When I was told Kipchoge wakes up at 4 am to start training, I also decided to take an early flight to be in the camp on time to offer my support to Kipchoge as he finalizes his training towards the ‘INEOS 1:59 Challenge’ next month. I am his fan and I like how he has been winning races. I was in London in April and I saw him win after a tough battle with the Ethiopians which showed how he is focused on making Kenya proud,” said Amina who also hinted President Uhuru Kenyatta will flag off Kipchoge when he leaves for the daring attempt.

“President Uhuru Kenyatta is aware I am in Kaptagat and I want to convey his message that he is wishing him well ahead of the tough challenge,” she added.

Amina also promised to work on the track at the camp which athletes have been using for training but is in poor condition.

Get the latest in African news delivered straight to your inbox

We need to confirm your email address.

To complete the process, please follow the instructions in the email we just sent you.

There was a problem processing your submission. Please try again later.

Kipchoge on his part said that he has a great team and he believes they are going to achieve their target next month.

“I’m focused and I’m almost done with preparations and for the race. I know we are going to achieve what we are going there to do. I have a great team that is behind me and I know we shall come back home smiling after raising the bar. I want to thank the CS who has taken time to visit the camp and see where we train,” said Kipchoge.

Kipchoge later handed the CS a 43-page booklet containing details of his journey towards setting the new marathon record of 2:01:39 in Berlin Marathon last year.

Concerning the stalled sports facilities, the CS said that she did a series of meetings last week with various contractors and they will be resuming work soon.

“We have held talks with various contractors and they have agreed to get back to work and finish the stalled projects. We need to make sure the champions have better facilities to use during their preparations ahead of global events and that is why we want to complete stalled projects,” said Amina.

Amina also urged athletes going to the World Championships slated for September 27 to October 6 in Doha, Qatar to improve on the medal haul from the past edition held in London.