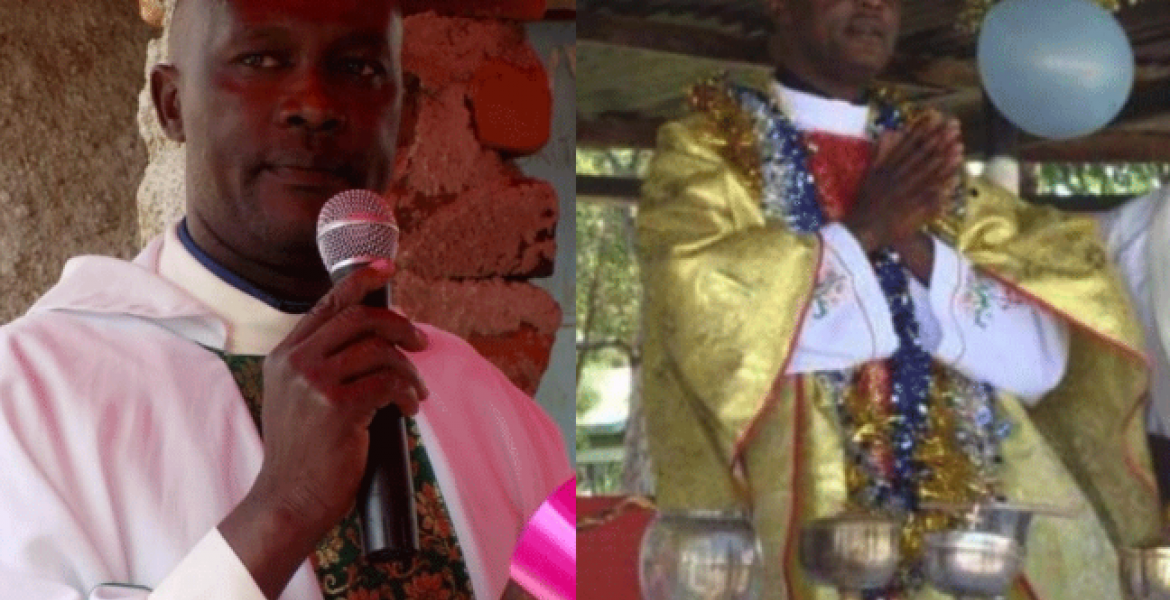 Detectives investigating the murder of Catholic Priest Michael Maingi Kyengo have recovered bank withdrawal receipts from the house of the main suspect.

The receipts were generated after cash was withdrawn from accounts held by the cleric following his disappearance on October 8th.

The receipts were found on Sunday by sleuths from Directorate of Criminal Investigations (DCI) in a rented house belonging to Michael Mutunga in Embu.

Mutunga is the prime suspect in the killing of Father Kyengo whose body was discovered buried in a shallow grave in Embu on Wednesday, eight days after he went missing. A post-mortem examination revealed the cleric succumbed to stab wounds.

Mutunga reportedly told police that he was in a gay relationship with the priest, according to The Standard.

The officers also found newly purchased household items worth Sh60,000, supermarket receipts and blood-stained clothes. Police further identified the garage where the color of the deceased’s car was changed from black to white on October 12th.

Father Kyengo was allegedly kidnapped on October 8th while traveling from Tala to his Thatha parish in Masinga, Machakos County.

A second suspect, 44-year-old Solomon Mutava was on Friday arrested in connection with the murder after he was found in possession of Father Kyengo’s car.

Mutava, a boda boda rider is said to have driven the car from Embu to Malindi, Kilifi County, where it was repainted.

Next Story
The Standard – Kenya: Unai Emery confident of Premier League top three ahead of Sheffield United clash | The Standard